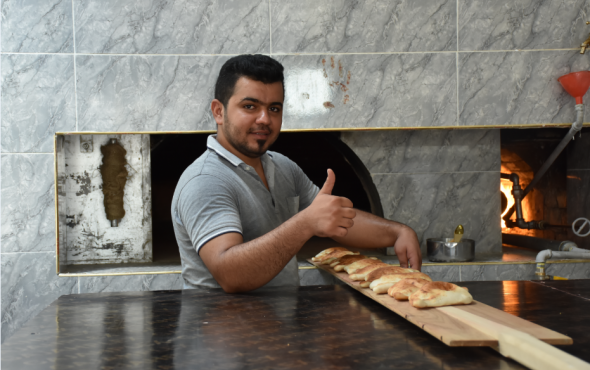 Back to stories
Iraq

Abdulmueen submitted an asylum application in Belgium that led to a negative decision. Returning to Iraq, he was able to restart the family bakery.

Abdulmueen arrived in Belgium in 2015. When his second asylum application was turned down, he decided to return voluntarily to Iraq. During the pre-departure counselling with the IOM, Abdulmueen mentioned that he had experience as a baker.

Abdulmueen returned to Iraq after two years in Belgium. His family welcomed him in Baghdad. It was impossible for his mother to carry on with the family bakery during his absence, which is why he quickly decided to reinvest in the bakery with the reintegration budget. Collaborators of the IOM helped him make a business plan and buy material.

The business now provides a stable income. However, Abdulmueen still faces many challenges, such as the competition from three other bakeries in the same neighbourhood and the difficulty to attract customers. That is why he relies on quality products at low prices. He hopes that his bakery will continue to prosper in the future.

Abdulmueen: "With hard work and good planning, it is possible to develop your own business."