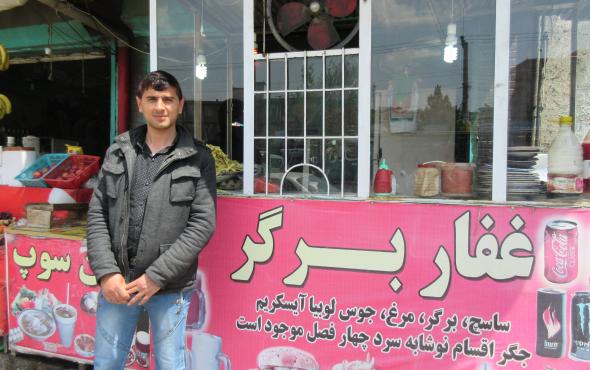 Back to stories
Afghanistan

After putting an end to his asylum procedure, Homayon decided to return to his family in Afghanistan. With the support provided to him by Belgium, he became the joint owner of a fast food restaurant.

Homayon arrived in Belgium in October 2015. He applied for asylum in the hope of being able to bring his family there and offer them a better life. He had left his job as a computer programmer in Afghanistan because he feared for his safety. He then sold his car in order to finance his journey to Europe.

Giving up on the idea of asylum

In February 2016, after realising that the asylum procedure would be long and that he had very little chance of receiving a positive response, Homayon decided to return to Afghanistan via the voluntary return programme. By virtue of his status as an asylum seeker, he was able to benefit from support to develop a professional project in his country of origin. In order to prepare his return, he started by contacting the IOM office in Belgium, who informed him about what was available to him and advised him. His project really took shape once he had returned, following meetings with IOM advisers in Kabul.

Investment in a fast food restaurant

Using the sum of money granted to him, Homayon decided to invest in an existing business: therefore, he became the joint owner of a small fast food restaurant selling hamburgers, ice-creams, and fruit juices. Homayon is optimistic because he can count on his partner's experience to train him and help him manage the business. There are no other similar business in the region, which means that there is no competition. Well located in a popular and very busy neighbourhood, to date the business has confirmed the investment's viability.