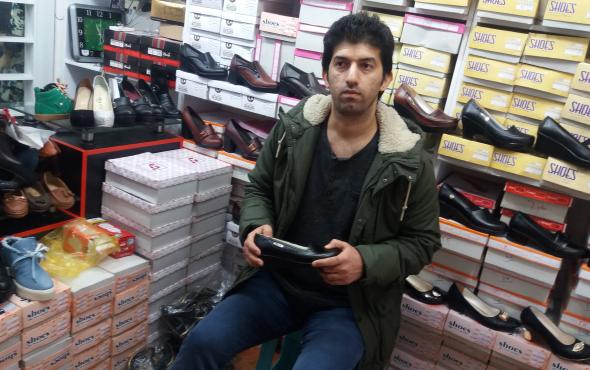 Back to stories
Iran

Javad arrived from Iran with specific expectations. Facing the reality in Belgium, he eventually decided to return and to invest in the family business in Iran.

Javad arrived in Belgium in October 2016 at the age of 26. He had been told that settling down and finding a job in Europe was easy, and an acquaintance in Brussels could offer him a place to stay. He applied for asylum but understood soon enough that it would be difficult to receive a legal status in Belgium.

He started to miss his family and he wanted to marry and start a family, which seemed impossible in Belgium. People he knew referred him to the Fedasil return desk in Brussels, where he applied for voluntary return.

A regular source of income

To prepare his return home, Javad met the IOM Belgium. During the interview, he explained how important it was for him to have a regular source of income and expressed his idea of opening a shoe store. It is indeed an activity that his family knows well. His project was of course to be discussed again with the IOM in Iran to evaluate its feasibility with the available means.

His return in Iran took place in February 2017. Two weeks later, Javad contacted the IOM in Tehran and had the opportunity to explain his situation and his needs. The IOM also put him in touch with other returnees who could share their return experience with him.

Invest in his sister’s business

With the reintegration support, Javad wanted to invest in the business of his sister, who runs a shoe store in the province of Ilam. He could also count on the support of his family.

To invest in an existing business facilitated the implementation of the project. The activity had existed for several years and was doing well. Javad and his sister both had experience in shoe selling and in managing a small business. Javad's contribution in the shoe store was beneficial to him and his sister.

A few months later, Javad got married and his business allows him to provide for the couple's needs. His wish is to further develop his business and maybe open his own shoe store.